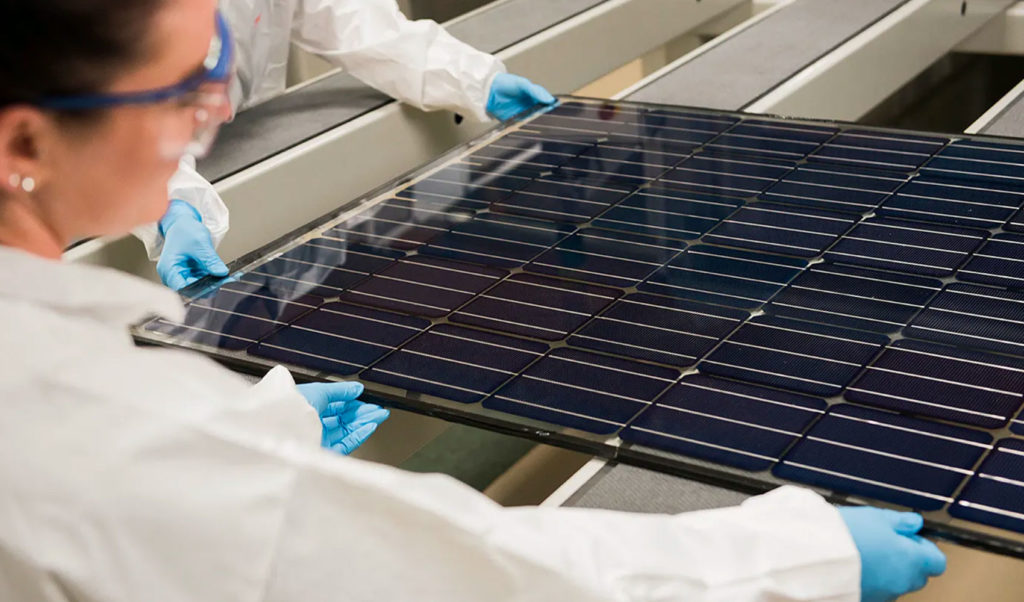 British rooftops could be hosting a breakthrough in new solar power technology by next summer, using a crystal first discovered more than 200 years ago to help harness more of the sun’s power.

An Oxford-based solar technology firm hopes by the end of the year to begin manufacturing the world’s most efficient solar panels, and become the first to sell them to the public within the next year.

Oxford PV claims that the next-generation solar panels will be able to generate almost a third more electricity than traditional silicon-based solar panels by coating the panels with a thin layer of a crystal material called perovskite.

The breakthrough would offer the first major step-change in solar power generation since the technology emerged in the 1950s, and could play a major role in helping to tackle the climate crisis by increasing clean energy.

By coating a traditional solar power cell with perovskite a solar panel can increase its power generation, and lower the overall costs of the clean electricity, because the crystal is able to absorb different parts of the solar spectrum than traditional silicon.

Typically a silicon solar cell is able to convert up to about 22% of the available solar energy into electricity. But in June 2018, Oxford PV’s perovskite-on-silicon solar cell surpassed the best performing silicon-only solar cell by reaching a new world record of 27.3%.

The crystal was first discovered by a Russian mineralogist in the Ural mountains in 1839 but for the last 10 years scientists around the world have been locked in a race to engineer the mineral to help generate more renewable electricity at a lower cost.

Dr Chris Case, the chief technology officer at Oxford PV, said using perovskite represents “a true change” for solar technology, which has remained relatively unchanged since the silicon-based panels developed in the 1950s.

“Silicon has reached its culmination of capability,” he said. “There are residual improvements to be made, and cost of production opportunities, but from a performance standpoint it is at its efficiency limit. The perovskite material is something totally innovative for solar.”

The company won £100,000 of funding from the UK government in 2010, before attracting equity investment from Norwegian oil giant Equinor, Legal & General Capital and the Chinese renewables giant Goldwind.

Frank Averdung, Oxford PV’s chief executive, said the company will be able to steal a march on the first commercially available solar panels which use perovskite to improve solar generation against the company’s rivals.