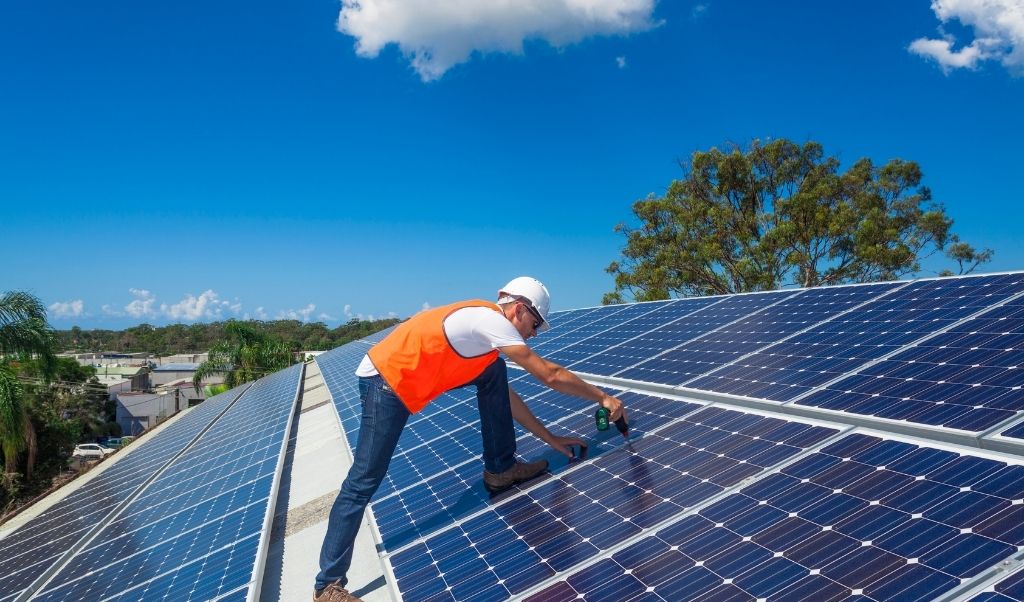 Far from hurting the domestic solar installation market, the COVID-19 pandemic’s lockdown seems to have spurred it on.

According to Cornwall-based Naked Solar, as people spent more time at home and saved money as holidays and other expenses were cancelled, many turned to investing in domestic solar panels.

“The common story was that people were saying ‘I’ve been meaning to do this for ages and now I’ve got a bit of time to look into it’,” explained Naked Solar’s managing director Tony Sampson. “It just meant that we got busier and busier and busier as COVID-19 progressed, and we also found that we could get most jobs done.”

After the initial announcement of the COVID-19 lockdown, office operations immediately switched to remote working, while installations paused for a couple of days. After that period however, the company found they could continue installing in a manner compliant with the lockdown regulations. This meant very few installations couldn’t go ahead, with just a small number having to be cancelled due to shielding.

Naked Solar initially offered emergency electrical services, in an effort to continue working and provide a helpful service to people. But according to Sampson it quickly turned into a boom period as requests for solar installations came in thick and fast.

“So we’ve been recruiting, we’ve brought on extra installers, we’ve got three new people getting up to speed on the sales team and things like that,” said Sampson. “Now it’s just feeling like it’s snowballing and we’re struggling to keep up. So all good really.”

According to a study by Microgeneration Certification Scheme (MCS) in April – not long after the lockdown was implemented on 23 March – 90% of solar installers stated that they had been negatively impacted, predominantly financially, as installations fell by 77.5% compared to February.

However after this initial dip, the sector appeared to recover with pace, with domestic installations jumping by 37% in May compared to April, and then again by 185% in June according to MCS.

As the lockdown began to ease, the interest in solar installations seemingly continued to grow. Naked Solar has now turned off its marketing as it works to keep up with the incoming enquiries, and only expects the interest to slow down in the run up to Christmas, as it does for installers every year.

“It’s trying to predict the future and it would be a wonderful thing if we could, but it just feels like it’s continuing to grow and get faster, and get busier,” continued Sampson. “I think because people are now getting used to what they do with the different COVID-19 restrictions, it’s not really impacting their life in the way that it was initially, in terms of the decisions they’re making and that kind of thing. So we’re now more at the mercy of the market itself without the effect of COVID-19 on it.”

COVID-19 did create some challenges for the domestic solar sector, as it swept across the world putting strain on the supply chain for the industry. This was recognised by the UK government, leading to an extension to the Feed in Tariff (FiT) scheme.

Announced at the beginning of September, the Department for Business, Energy and Industrial Strategy (BEIS) has made the decision to implement a second extension to the FiT scheme, having granted an initial six months earlier this year due to the aforementioned supply chain challenges among other reasons.

This means the deadline for solar PV installations is now 31 March 2021, allowing for delays created by various factors including difficulties in returning to normal construction speeds and dealing with a backlog of work, network companies being focused on essential work only and delays in councils being able to make decisions and support community energy projects due to staff being diverted onto other frontline essential work.

For technology agnostic Naked Solar, the challenge to supply chains has proved minimal.

“It’s been disruptive, but there’s so much range in the market now that normally if you couldn’t get someone’s first choice then you’d be able to get something that was nearly as good or sometimes even slightly better,” said Sampson. “There weren’t many jobs that we ended up changing panels on, but when we did it wasn’t a big pain really.”

While the full extent of the impact of the COVID-19 pandemic and the lockdown in the UK on the solar industry remains to be seen, it appears that for many domestic installers the challenge is now to keep up with demand.